Gianluca and the Visyond team have been on the lookout for a good tool that allows for scaled outreach but could not find a suitable tool. Their current methods of reaching out to potential clients were through cold Emails and Content Marketing providing, which is a lengthy process and results are extremely limited. Visyond’s ICP was heavily diminishing meaning that using methods like cold email can result in a response rate that is drastically diminishing. In addition, the use of their content marketing can be extremely difficult to measure the impact on lead generation – overall making the end result significantly minimal. 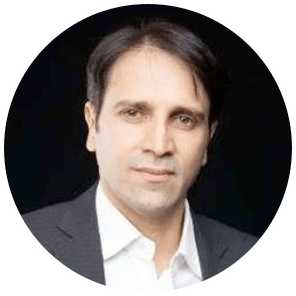 “Using Salesflow automation tool has helped Visyond quickly and efficiently increase the number of invitations sent out to 4,636 leading to an impressive total of 1,391 new connections. This in turn resulted in 515 replies received, 50 demo’s which equaled to £500,000 in pipeline, 15 trial users and 5 deals closed which were all worth £10,000 each.”

Gianluca Bisceglie is the Founder and CEO at Visyond, a cloud-based Excel-compatible spreadsheet modeling, automation and interactive reporting platform which draws focus on data security and digital innovation. As a CEO, Gianluca understands his business drivers extremely well, but help was needed to increase his efficiency when prospecting. Being able to scale their outreach to a significant level has played a decisive role in their new business development strategy at Visyond as it has allowed Gianluca to see an increase in conversion rates.

Introduction Tech Pro Marketing is an agency that works with over 40 customers on its LinkedIn Lead Generation program. When...

A 90% reduction in prospecting time for 215 Marketing

Challenge Find a way to optimize their LinkedIn campaigns for their clients and book more meetings. Their methods of reaching...